Did you ever find yourself pointing out a part of your home and fumbling over its name so you end up calling it thingamajigs or whatsits?

Don’t worry, it happens even to the best of us.

To help you out the next time you need to identify an architectural detail, a design element, a structure, or a part of your home sweet home, here’s a handful of definitions for house parts you never knew had names.

At the edge of a gable roof, you can find this board attached to. In house styles such as Tudor or Gothic Revival, bargeboards often bear colorful painted details or intricate carvings or. It is also known as gableboard or vergeboard.

It is the groove cut into the underside of a windowsill that averts rainwater from dripping into the wall.

Though often found in churches, clerestory is a series of windows placed high in a wall, which can be seen on the upper floor of a home or in the attic.

It is a load-bearing projection found in wall-supporting structures. Since Neolithic times, its primary purpose is to hold balconies or for keeping cabinets and shelves in place.

A second, small, pointed roof that lets rainwater go around something, to avoid wetting another part of the house, like a chimney, that projects out of a primary roof.

It means ‘small cup’ from the ancient Greek and Latin words. This domed-shaped structure is usually found on a roof to serve as ventilation element, a belvedere (viewing station), or a belfry (bell tower).

It looks white and powdery but it is actually the weathering that can be seen in stones or bricks especially when the natural salts of these materials leach out and crystallize.

It is a series of doors to connecting or adjoining rooms to provide an uninterrupted line of sight.

Its resemblance to a geisha accessory earned it its name. A fanlight is a semicircular window set above another window or a door to add elegance to the traditional design or for natural illumination into a room.

It is the angled sides of a firebox opening. 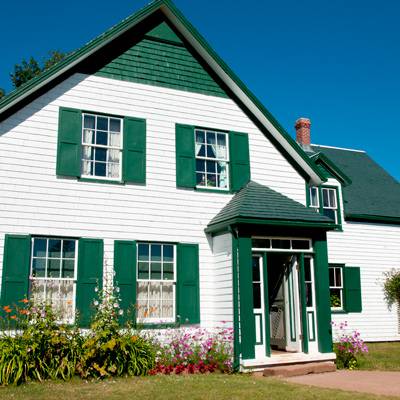 It refers to the small gables often found at the peak of a roof with four sloping sides or over a single dormer window.

The curved part of an arch that's supported at the end by the peak of the arch and a molding abutment is called haunch.

It is the term for the piece at the lowest part of an arch in a wall, usually found on either end of the curve. It is also a structure between a column and whatever it is supporting.

Also called a chimney corner, an inglenook is usually found beside a fireplace for seating purposes.

It is the upper part of the house that protrudes beyond the level below.

It is the middle of a set of three wedge-shaped stair steps that together make a 90-degree turn.

It is the French word for skylight which refers to the window in a dormer. It can also be the gable set into the slope of a spire.

These are the vertical elements that serve as a dividing section for windows, screen, and doors. Its main purpose in the past is to provide structural support.

These are thin wood, metal, or plastic strips that separate the glass panes in casement windows.

Also called bull's-eye, it is a small oval or round window usually found in dormers.

It is a hinge that pivots in its singular joint.

On masonry buildings, this is a corner finish stone used for fortification or to lend a look of permanence or prestige.

It refers to the inner part of a window frame or a door jamb.

It is a ceiling opening with a cover or hatchway.

It refers to the triangular, sunken center area of a pediment that's surrounded by moldings.

4 Tips on How to Repair & Prevent Flooded Lawns

Remodel your home this winter and avoid spring price hike

Vacation Home: 10 Things You Should Do Before Putting Your Home on Airbnb